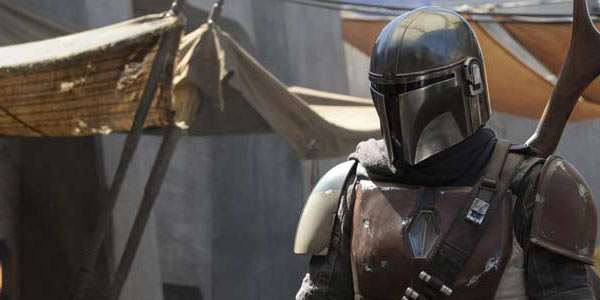 If you’re wondering what to watch on Disney Plus, I have a treat for you. I’ve gathered the 5 best shows on Disney+ right now that are definitely binge-worthy.

Not only do I share the best shows on Disney Plus right now, but also the ones that are coming soon that are going to make you thankful you decided to stream Disney shows–or stream TV at all ever.

So, if you’re ready to learn what to binge watch on Disney Plus, specifically in the genre of the best Disney Plus original series you can love, well, let’s get our popcorn bowl ready.

Bonus: want movies? See our recommendations for best movies on Disney Plus.

If you have to ask, you’ve probably been hiding under a rock for about the last year at least–and you probably need a shower, because you’ve been under that rock non-stop.

So, basically, this is the “crown jewel” of the Disney+ lineup and is the first live-action Star Wars series.

Set during the break between Return of the Jedi and 25 years before the rise of The Force Awakens, this 8-episode season stars Pedro Pascal as The Mandalorian (he’s not Boba Fett, just FYI) and others like Nick Nolte, Giancarlo Esposito, and so many others.

If you have ever wanted to see Star Wars from the perspective of people without “the Force” and not the “chosen one”. To experience that universe for the masses like Rogue One, this is an awesome chance to see just how gritty and epic.

Remember how he was still very much evil in that moment? Oh, well, you will, because this series is all about THAT evil Loki and his angry-self.

Remember that moment that Loki stole the Tesseract in Avengers: End Game and created a whole new timeline for our favorite bad-boy God of Mischief?

Featuring our beloved Tom Hiddleston, reprising his role as Loki, we’re sure to see a lot of familiar faces from the Avengers and the MCU family. I’m just sad we have to wait until 2021.

I’m dying to see his growth arch and fall in love again with my favorite evil Asgardian god.

But what I really want to see–our favorite baddie using his new powers of the Tesseract to move through human history and add his mischief to everything epic.

Obviously inspired by Monsters, Inc., this Disney+ series promises to be one of the most fun shows on Disney+ for the under-10 crowd.

But, what’s so great about the Monsters, Inc. series is that it’s funny for not only the kids, but also the parents–it’s smart that way.

Picking-up six months after the end of the original movie, this follows a new team member at the Monsters, Inc. power plant, a jokester, Tylor, looking for a way to work alongside Mike and Sully, his idols.

The series stars Ben Feldman and returning voice actors Billy Crystal and John Goodman. Set to premier in 2020, you’re sure to love this one.

If your kids are afraid of the dark, this is a great way to introduce them to the “monsters” that live under their bed and show them that giggles are how the power their world. I mean, if you’re into that.

This series is launching on the day Disney Plus launches, so there’s no waiting to get your uber-meta High School Musical fix.

Based on the beloved Disney Channel movies, this new series is set exactly in the same place and follows a group of students preparing for opening night of the school’s first-ever production of, erhm, High School Musical. See? Uber-meta.

Already, this promises to be the best tongue-in-cheek amusement ever.

Filmed mockumentary-style, this is going to be so full of epic hilarity, but like the original movies, will be perfect for the kids, too. So everyone will have a good laugh.

5. The World According to Jeff Goldblum

If you’ve ever wanted to watch something crazy and fun, and kind of educational, this is going to be a fun ride you don’t want to miss.

This series features the singular actor Jeff Goldblum interviewing experts, doing research and learning about everyday things like ice cream, sneakers, tattoos and so much more. So. Much. More.

Jeff Goldblum is going to take us to a tattoo parlor on the day that they are only giving out Goldblum-related tattoos. I can’t wait.

What are some classic TV series we can enjoy on Disney+?

Ok, let’s be honest here, half of the fun with having Disney+ is that we’ll get the entire library of older television shows. There’s so much to unpack there, but some of the ones I can’t WAIT to watch again are:

Needless to say, I will be reliving my childhood for a while there.

If you’re dying to watch ALL THE THINGS on Disney Plus right there with me, be sure to pin this to your favorite movie night board on Pinterest, so you can find it quick when you have a few hours to binge.