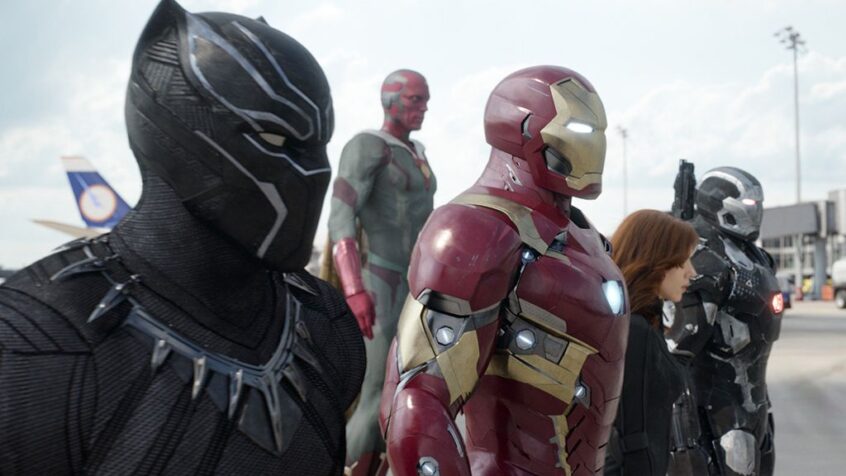 When Disney+ was announced, I couldn’t wait for the Disney Plus Marvel movies to be available to me for binge-watching at the punch of a button.

But when it was announced that Disney+ Marvel Shows were planned–entire series of Marvel TV shows–well, I was ecstatic.

If you’re all in for learning more about what you can expect from the Disney+ Marvel Series in the coming year, let’s get our Marvel television on. (More Spiderman, please!)

Bonus: want movies? See our recommendations for best movies on Disney Plus.

First, you want to watch each of these movies and see just how intricately they all fit together, but it’s more than that. There’s a story within the stories, growth in the relationships and a worthy build-up to an epic closing of an era.

If the storylines aren’t enough to pull you in for a binge of epic proportions, then it’s the wild amount of action that just might do it. These are the most action-filled movies you’ll find in the last 20 years of filmmaking.

Well, first, let’s discuss the fact that these aren’t intended to be a multi-year, vast watching experience. Each of these series should really be called mini-series because they are limited to 6 episodes each. While that’s longer than a movie, it will be much more poignant and close. No side trips to random character-building moments that fall flat for fans, these episodes, and indeed, the whole series, will be packed full of action.

Both WandaVision and Loki lead into Doctor Strange 2, so that’s important, but really, the reason you want to watch these is because they take the post-Endgame era and flesh it out, setting the tone for the whole next MCU era.

What you need to understand is that the animated series from the 90’s is what your childhood dreams are made of. And the new What If…? It’s going to explore all the random questions that might have happened if like, say, Loki and Bruce Banner were best friends–or Thor was a zombie. Who knows, right?! It’s “WHAT IF” so it could be anything really.

Even if I could come up with another reason to watch this, it wouldn’t be better than reliving my childhood Saturday mornings or exploring what if Thor was a zombie. Enough said..

Ok. Expanding the universe is a quick run-through of the MCU to date and what’s on the plate for the coming years. So, a fun 12-minute romp, right? Then there’s the Hero Project which is a cool way Marvel has chosen to feature real heroes, specifically kids who’ve “dedicated their lives to selfless acts of bravery and kindness.” Marvel surprises them with comics about themselves and their selfless acts. Which is cool.

Then there’s Marvel 616 that sounds like it might be a “day in the life of how Marvel is made” or something like that. The official line is for the show to explore “the intersection between Marvel’s rich legacy of stories, characters, and creators and the world outside your window. Told through the lens of a diverse group of filmmakers, each documentary will dive into the rich historical, cultural and societal context that has become inseparable from stories of the Marvel Universe.” Which is a mouthful. But awesome.

If you want to know more about your favorite fandom, this is where it’s at. There’s no better reason than that.

What other Marvel Shows can we Expect on Disney+?

Beyond what I’ve listed here, we’re not really certain what will be released when. But, we’ve heard hints of several other ideas, including:

There’s also been talk of a Guardians of the Galaxy 3 and more, but now we’re reaching well into the next 5 years or more. And because no formal schedule has been released, it’s likely that new things will come (maybe a Captain Marvel 2? Spiderman content…someday? Or a joining of X-men and Avengers?!) but there’s no way to know now what magic might happen.